Are Your Joints Buckling Under The Pressure

With ageing and after the kind of knocks and accidents that accompany a high-intensity sport, your joints can get a battering! Damaged joints can trigger osteoarthritis, a type of inflammatory joint condition.

Osteoarthritis (OA) affects a staggering 1.6 million people in Australia according to the Australian Institute for Health and Welfare. And, it’s a major cause of long-term pain and disability. One of the major causes of OA is being overweight or obese – this puts extra pressure on the weight-bearing joints.

So if you’re heavier than you want to be, losing even a modest amount can bring big benefits. For example, one study from the University of North Carolina’s Thurston Arthritis Research Center in Chapel found that when overweight people lost just five per cent of their body weight, they lowered their risk for knee OA by 5 per cent, too.

Other experts estimate that every extra kilogram you carry above your ideal weight range the pressure on your knees is increased by as much as four kilograms. Clearly, being too heavy is a major risk factor given the obesity crisis in Australia and New Zealand.

Osteoarthritis specialist and Professor of Medicine at Sydney’s Royal North Shore Hospital says, a massive 80 per cent of knee osteoarthritis could be prevented by addressing the issue of overweight and obesity in the community and by preventing joint injuries from occurring in the first place.

Other factors that may contribute to Osteo-Arthritis include:

The joints need to be flexible to allow for movement; technically, they’re the point where two bones meet – a bit like your body’s hinges. To protect them and maintain suppleness, joints contain fluids and other substances that cushion the area keeping the bones separate. But over time, and due to a range of factors, the protective substances can erode resulting in the pain of OA.

What are the symptoms?

Pain or stiffness after sitting or lying down for some time is common in OA. And, mild and/or occasional joint pain and stiffness can progress to more frequent and severe pain with affected joints becoming increasingly difficult to move. The muscles that usually move the joint get tighter and shorter as they are used less and less and it becomes increasingly difficult to straighten it. According to Professor Hunter from Sydney’s Royal North Shore Hospital, ‘as many as 50 per cent of people who have OA don’t realise they have it!’ Yet treating it early can bring great benefits, he says.

So what can you do?

As well as getting to a healthy weight range, low impact exercise such as walking and swimming are good choices; but medicines and surgery may be required – your doctor will advise you about your individual needs.
You could also try the unique and popular USANA Procosamine® which contains glucosamine and the potent anti-inflammatory effects of Meriva® curcumin.

Glucosamine can relieve pain significantly better than the analgesic acetaminophen (paracetamol) or placebo say Spanish researchers in one major study. ‘Glucosamine is a safe compound and its use should be considered in the early stages of OA,’ says Gabriel Herrero-Beaumont MD lead author of the study called the GUIDE trial.

Unlike other glucosamine supplements, the type used in USANA Procosamine is vegetarian and is a type called glucosamine hydrochloride (because it’s not derived from the shells of crustaceans). USANA Procosamine has added potassium sulphate so you’ll benefit from the same potency as you’ll find in regular glucosamine sulphate supplements. Plus, Meriva curcumin offers potent anti-inflammatory benefits. The active ingredient not normally well absorbed via the regular spice which given Indian curries their golden glow. But Meriva contains curcumin wrapped in a protective lecithin layer which is broken down slowly in the intestines allowing more of the active ingredient to reach the cells that require its antioxidant/anti-inflammatory action. 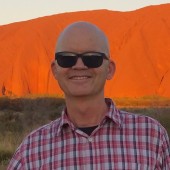 Get Your FREE ebook

Join our mailing list to receive your free copy of our FREE ebook "10 simple but effective strategies you can incorporate to help you on the road to living a healthier, happier, and more balanced life".

You have Successfully Subscribed!